Frew Park stands on the hallowed grounds of the iconic Milton Tennis Centre, where everyone from Australian tennis greats to international rock stars and boxers once held court.* While nothing remains of the Tennis Centre, which started life as the birthplace of the Queensland Lawn Tennis Association in 1915 and closed in 1999, there is plenty in the state of the art Frew Park to honour its history. The 3.5 ha parkland is named after the father of Queensland Tennis Robert Dickson Allen Frew, while the  main playing green, ringed with a handful of pretty white picnic and BBQ pavilions, is named after Brisbane born tennis star Wendy Turnbull. Otherwise the line-up of spanking new all-weather tennis courts and one half court where the stadium once stood takes its name – the Roy Emerson Tennis Centre - after another Australian great who was Queensland born and Brisbane educated. Dotted along the paths that wind their way through are sculptures that pay homage to the park’s history, from children with tennis racquets and spectators holding ice-creams to bowling balls (just inside the Haig St drive-in entrance is where the popular Milton Bowl centre stood until it was demolished in 2008). Aside from the fantastic grassed playing field and tennis courts, the piece de resistance is the futuristic playground by the tennis courts and the upstairs cafe and shop where vistors can sit and enjoy a coffee and sweet treat from the upper deck or pick up a tennis souvenir or equipment. Divided into two sections, this is a top play area for all ages. Older children can climb a tower via a net climbing wall, slide down a firemen’s pole, explore the network of linked tunnels and bridges or slide down the mega tube slide. For littlies there’s a mini hirdy girdy, swings including a tyre swing, interactive sound and music play equipment, mini climbing wall and slippery dips. Arranged in a circle around it are a string of BBQ and picnic pavilions perfect for family gatherings and kids birthday parties. And as a unique and extra tennis-related bonus, off one of the pathways is a ping pong table – just BYO bats and ball. Need to know – Entry by car is via Haig Road, with a limited number of free off street parking spaces available. There’s also pedestrian entry via Lucy Street, off Baroona Rd.

*The Rolling Stones played the MTC in 1973, while Elton John and Johnny Cash have also played here. In their heyday the courts also hosted eight Australian Opens and three Davis Cup finals. 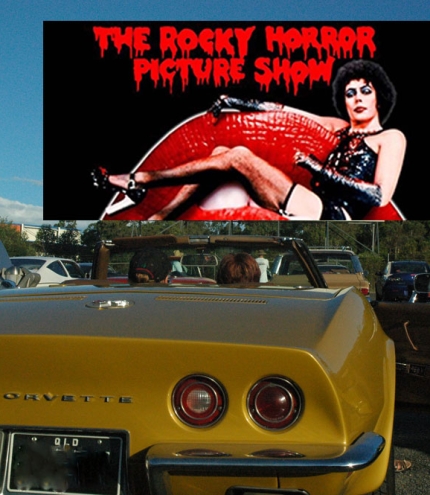