Internationally-renowned Australian artist Amanda Parer has brought Fantastic Planet - a giant inflatable luminous white ‘humanoid’ - to Portside Wharf, and it'll be there from August 31 to September 26, 2021.

The five-metre-tall figure titled ‘What’s That’ crouches down over the wharf, towering over visitors - making for a sensational Insta pic. The artist took inspiration from 1973 Czech/French film Fantastic Planet (La Planète Sauvage), a story set in an unimaginably distant future where gargantuan humanoids take over a human race turned feral. It's this point that interested Parer, who shares the view with naturalist television presenter David Attenborough, that humans threaten their own existence and that of other species by using the world’s resources. Visit the gigantic humanoid at Portside Wharf, wonder in its size, and witness it light up the wharf at night as the entire figure becomes illuminated, or visit during the day to snap the humanoid amongst riverside views.

Take a stroll along the riverside walkway, enjoy a delicious lunch or dinner, and catch a new release at Dendy Cinemas for some extra fun. The humanoid will be there waiting for you on the wharf when you get out!

Portside Wharf is a valued partner of Must Do Brisbane.com a magical festive wonderland, full of fantasy, thrills and more Christmas Lights are back at Government House this year 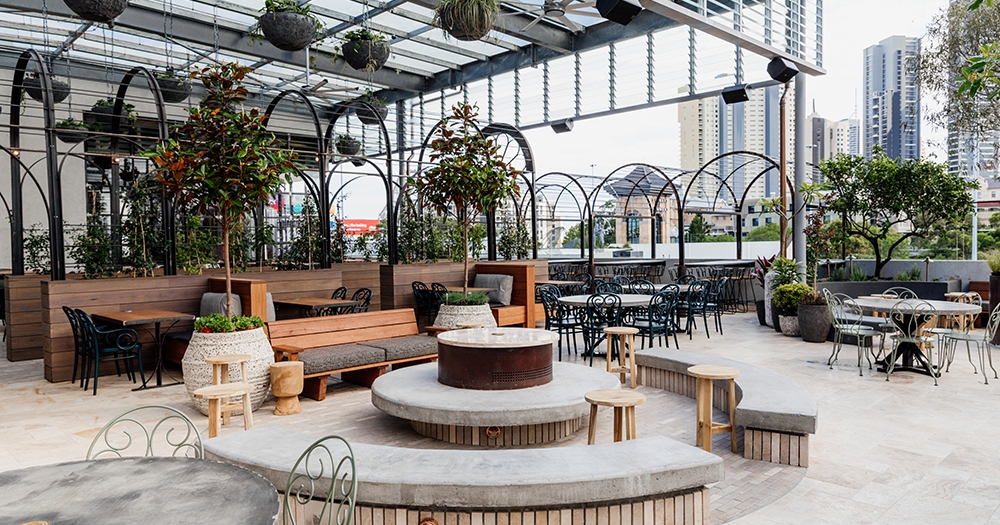